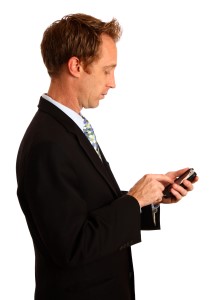 Simply put, a mobile conversion is an instance of a user taking a desired action within your mobile app. This could be completing a sale for example, or even just filling out and submitting a form. They differ from download conversions in that they are accomplished in-app, after the initial download of the app has already occurred.

Not everyone needs to worry about mobile conversions in their applications, but if you’re building an app where conversions are key, few things are more important than increasing that rate.

Mobile traffic now accounts for over 16% of all web traffic, and in general, businesses have done well in acquiring users for their apps: by 2016, there will be 2 billion smartphones in use worldwide, with an average of 27 apps per phone.

However, it’s important to remember that app installations alone don’t guarantee app usage, let alone a strong client-to-company connection. Ultimately, traffic and conversions are infinitely more important, which means you can’t afford to potentially lose such a large visitor base due to lagging tech adaptation or a poorly executed design.

Let’s take a look at three tips for mobile conversion.

Develop your mobile web app with responsiveness in mind: According to research by Google, 48% of consumers reported that if a mobile site was unresponsive, it made them feel like the company didn’t care about their business, while 67% of mobile users say that when they visit a well-designed mobile web app, they’re more likely to buy a site’s product or service.

Clearly responsiveness is a huge factor in creating and maintaining a successful mobile presence, but you need to be careful: 66% of smartphone and tablet users are frustrated with page load times and errors, so responsive design, while extremely important, must be executed elegantly and seamlessly.

You don’t have to worry about that when you use Appery.io: with the AngularJS and Bootstrap Visual Editor, you have access to some of the best tools out there. You can use Bootstrap’s responsive utilities, such as the grid system, for showing and hiding content depending on screen size. You can also easily use UI components like drop-downs, button groups, and alerts.

For AngularJS, the Visual Builder allows you to use almost all the benefits of the framework, including data binding, controllers, directives, filters, and responsive UI components such as AngularJS Google Maps. And, of course, each new app includes PhoneGap. This means you can use any of the JavaScript APIs provided by PhoneGap, as well as accessing native device features such as camera and contacts.

To learn more about making you mobile web apps beautiful and responsive, check out this blog post, and this webinar.

If your app is centered around shopping and retail, having customers successfully complete purchases is clearly the center point of your conversion goals. According to a recent study, 1/3 of retail shopping is now done on mobile. That means it’s more important than ever to have an easy, intuitive payment system. It’s a key component to increasing mobile traffic, conversions, and ultimately, purchases.

With Appery.io, you have access to both a PayPal API plug-in and a Stripe Payment API plug-in, as well as the ability to connect to almost any other API available on the internet, allowing you to easily add flawless payment systems into your mobile app in minutes.

Remember that your payment system, no matter what it is, not only needs to be efficient, but also secure. Users need to feel that their personal information (login credentials, debit/credit card numbers, etc.) is safe. With Appery.io, not only do you have easy access to the PayPal and Stripe Payment API plug-ins, you also have access to the Appery.io Secure Proxy, which allows you to keep your secret keys, credentials, and other data safe from being accessed by app users.

For example, with the PayPal API, sensitive data such as the client secret or token value will never be shown in the app, which eliminates the possibility of theft. To learn more about the Secure Proxy, take a look at our documentation.

If you’re interested in adding the newly-updated PayPal API plugin in your Appery.io mobile app, check out this tutorial. We also have a tutorial for adding the Stripe Payment API plugin, which allows you to easily add secure credit card payments to your app.

This may seem obvious, but in terms of conversion optimization, less is more. In numerous studies, it’s been demonstrated that conversion rates have a general tendency to increase as offered choices decrease. Why? Simply put, consumers tend to take the path of least resistance. A clear, streamlined path to your desired action becomes the most simple, and therefore most-likely option consumers will take.

Part of this means reducing distractions at each step in the funnel towards your goal. This doesn’t mean that you should cut down on servicing visitors, but it definitely means that you should simplify the process by which you present your offering. You need to strike a balance between necessary information and options.

As a general rule, you should present less options instead of more, present them clearly and always perform A/B tests to make sure that your changes are truly creating the higher conversions they’re aimed at.

So, in summary, if conversions and sales are the keys to success for your app, remember to create an intuitive and responsive design, use an easy and secure payment system (if needed), and, by all means, keep it simple.