How to Integrate Stripe Payments with Web and PWA Applications | Appery.io

From now on, you can quickly add the built-in Stripe plug-in to your Appery.io web or PWA application. The plug-in integrates the Stripe payment method to your application and enables users to make purchases. This plug-in works through Appery.io API Express, which ensures the security of your Stripe API key.
Read more

How to Resize an Image in Your Application | Appery.io

In our latest tutorial, we explain how to resize images in your Appery.io app. It’s really simple – find the Resize Image plug-in in the catalog, configure it, and start modifying images’ widths, heights, and sizes according to your needs.
Read more

To make it easy to build apps with AT&T API, we just added the AT&T OAuth API Plug-in. The plug-in sets up the OAuth 2 authentication by returning an access token which then can be used to invoke any other AT&T API.

Once the plug-in is imported, open ATT_Settings file:

and set the client_it, client_secret, and scope. The client_id, and client_secret will be available once you register an app at http://developer.att.com. The scope value depends on the API you are going to use. For example, if you the Location API, it will be TL. Refer to docs for the correct scope for each API.

Here is an example of a registered app with three scopes (in red):

For the callback URL to work correctly, also do the following in the Test window (upper right):

When running the app and you are not signed in into AT&T, you will see this page: 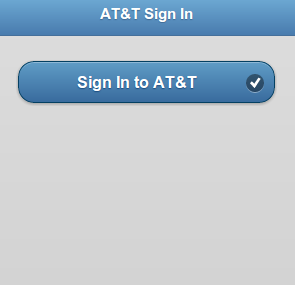 when signed in, you will see the access token: 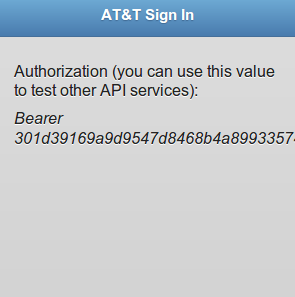 The access token is also stored into local storage so you can use it to invoke other AT&T APIs.