Appery.io’s Server Code feature makes it super easy to create a custom API on the server. With Server Code you can add any app logic using JavaScript including invoking another API. This literally takes a few minutes. Let me show you how do to it using the Uber API. 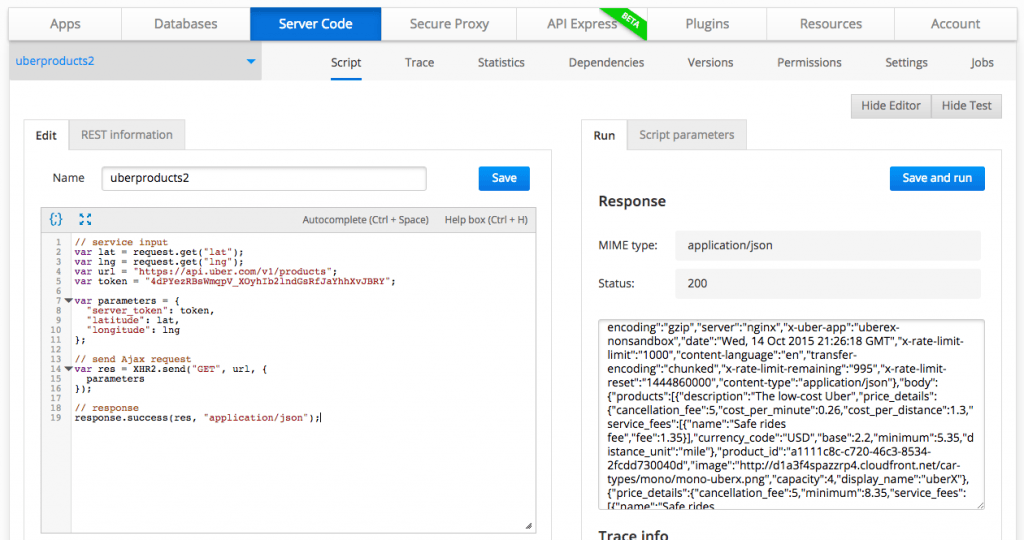 When working with the Uber API, one of the first goals will usually be to find out what products are available in your area using latitude/longitude information.

This simple script will return all Uber products available in your location: 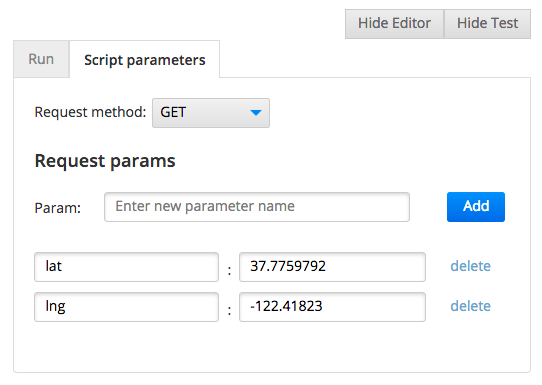 What’s really nice is that, when you created the script, you also created an API to invoke it:

REST API to invoke the script

If you liked this and want to build apps fast, sign up now for an Appery.io plan.