We are happy to announce that the updated Google Analytics plug-in is live now and ready to be used with no restrictions for building your mobile applications. Any Appery.io user (including those enjoying their 14-day free Trial subscription) can now add it to their Ionic 5 app(s).  What is extra – it can be added in […]
Read more

Appey.io Server Code is a powerful tool that allows you to write custom server-side business logic for your app. These are the benefits you get when you use Server Code:

Let’s look at a quick example creating a Server Code script to search Wikipedia for a particular key word.

This is how the script looks:

Line 1: The script reads the query parameter.
Line 3: The script connects to a third-party API (Wikipedia) for searching.
Line 5: The response from the Wikipedia API is used as the response for the script.

The script is very simple, but shows you how fast and simple it is to add custom business logic to your app.

This is how the script looks inside the Server Code script editor: 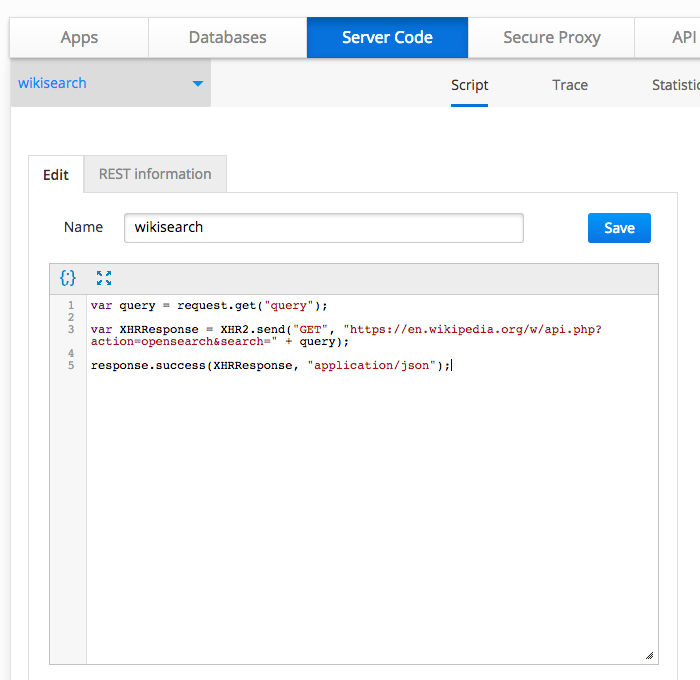 Testing the script is fast and simple. First, enter the parameter the script requires (the script will search for ‘JavaScript’): 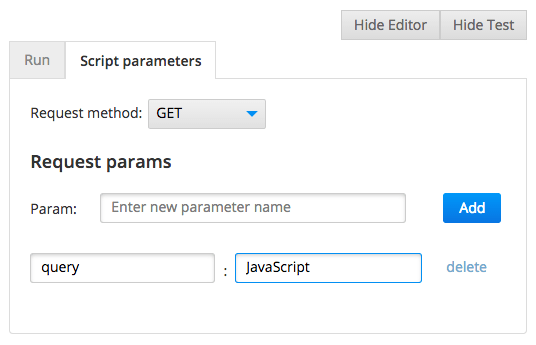 Then click Save and Run button from Run tab: 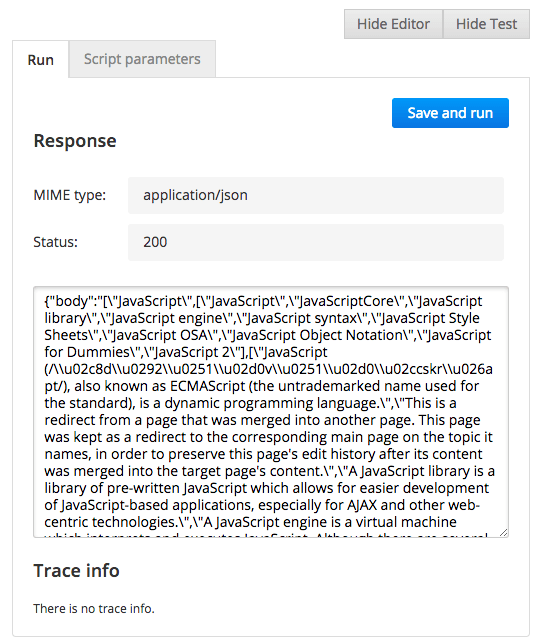 It’s simple and fast to create a custom script. In our example, we created a script that searches Wikipedia. The script is also instantly exposed via a REST API:

Appery.io Server Code is the fastest way to build custom business logic for your app. Please check out our Build in 5 Minutes video series to learn more.